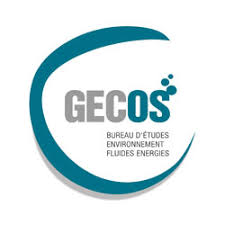 Cédric Lecina is the head of GECOS, an engineering firm specializing in the construction and modernization of service stations, from oil/new energy infrastructures to buildings and washing areas. Created in 2000, the company has experienced stable growth until 2017, a year marked by several development projects carried out simultaneously and involving a restructuring that the teams have experienced badly.

A merger-absorption and international development in the same year, without managing to mobilize the teams and get them involved in the project, can be detrimental to a company that has been successful for several years.
"I noticed that after the merger, some managers did not follow the movement," explains Cédric Lecina. "The intervention of an external HR consultant and the resulting restructuring was not enough to re-mobilize the troops, on the contrary. Some managers became more disengaged and this issue related to change management at GECOS became crucial. One of my associates then told me about the support of Séverine Moïchine, a coach in agile management. This was perhaps what the company was lacking: agility. »

Knowing how to surround yourself with the right people

"Prior to 2017, GECOS had a fairly low turnover: about one employee per year. In 2017, ten of them will leave us. Then nearly double the number the following year! "The observation is irrevocable. The merger-takeover had brought managers to positions that some of them had not taken the measure of. Lack of involvement, dialogue, circulation of information... the teams did not manage to find a collective meaning to this new organization. The result? Employees leaving.
"The coaching work began with a reflection on my own management style. Then, Séverine integrated the managers in various work sessions; one after the other, they all finally left GECOS, their professional ambitions were no longer in line with the functioning and the new orientation of the company. »
Today, Cédric Lecina has returned to a management style that resembles him, very participative, with a new operational director in place of several demobilized managers. The dialogue with the teams has been re-established and the good atmosphere is returning, as attested by a recent one-day seminar where the employees are united. "After a critical period, the results are starting to show: a higher net margin, improved cash flow, greater stability in the teams with a lower turnover... Séverine is a great support for the company manager that I am, on a daily basis. I am happy to be able to continue to rely on his external view and his good understanding of the human stakes of my company. »

What if you too could find a committed and efficient team?
Séverine MOÏCHINE, Booster of potentials
Coaching & Training in Agile Change Management